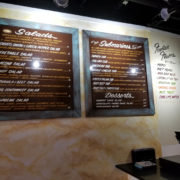 One of Chicago’s most-venerable spots for stuffed pizza, The Art of Pizza, has opened a second location, as they debuted earlier this week in the South Loop. This location offers thin crust, pan, and Chicago-style stuffed pies at 727 S. State St. The original location in a West Lakeview strip mall has received numerous awards since opening about 25 years ago and sells pizza by the slice.

The South Loop location offers a scaled-back menu. Besides pizza, there’s salads and footlong subs — just like in Lakeview. Items like ribs and fried shrimp aren’t available at the new location. It will also sell slices.

Check out the menu. It’s open a half hour later than the Lakeview location, so night owls have another option. 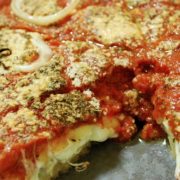 A North Side pizza institution (and one of our favorites) is now officially open in the South Loop.

The Art of Pizza opened its second location in the city, at 727 S. State Street, on Monday. The original Lakeview location has become something of a local’s-option alternative to so many tourist-trap deep-dish spots. They’ve been crowned Best Deep Dish Pizza in Chicago by more than one publication over their two-decade-plus run.

You can also get thin crust and pan, among other non-pizza options, at the new, South Loop outpost.

Hands down best pizza in Chicago!! Get the meaty delight! 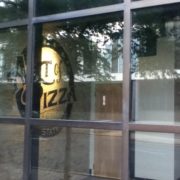 After a quarter of a century, it’s time for another location

The Art of Pizza, a Chicago deep-dish icon for more than 25 years, looks to be opening a second location, bringing the North Side pizzeria to the South Loop. Ownership hasn’t shared any details, but there’s signage up with a logo inside a former Toppers Pizza at 727 S. State St. Toppers, a Wisconsin chain, scaled back operations in March and left the Chicago market.

Sloopin’ caught the first glimpse of the restaurant. The Art of Pizza serves deep-dish and thin slices, as well as whole pies inside 22-seat space at a Lakeview strip mall, 3033 N. Ashland Ave. Consistency has been the name of the game, as they use fresh ingredients in their sauce and their crust is regularly golden brown and crispy — regardless of carry out, dining in, or delivery. They also serve ribs, salads, and wings.

The independent pizzeria may have the purest form of Chicago deep-dish pizza. The restaurant has gained quite a following through the years, muscling out the larger chains by winning numerous local awards in the 1990s and early 00s. As Sloopin’ notes, Art of Pizza will be competing with a Lou Malnati’s located just a block south.

The restaurant is named for owner Art Shabez. Shabez wasn’t immediately reached for comment, but it looks like he’s bringing his pizza magic to the South Side. This story will be updated if more information becomes available.

Originally reported by the Chicago Eater. Courtesy of Sloopin’ 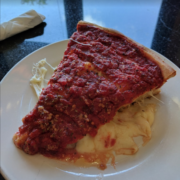 Best pizza in town! Deep dish by the slice